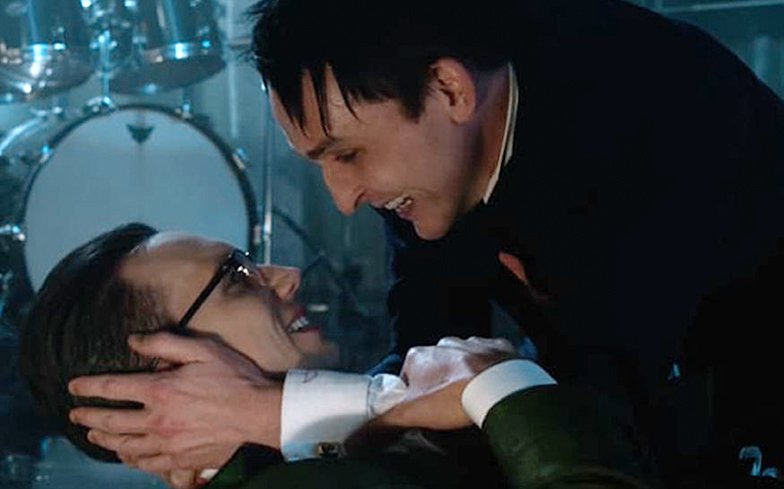 This isn’t the first time the star has hit out at trolls.

Gotham star Robin Lord Taylor has told a panel at Dragon Con in Atlanta that he’s no longer bothered by trolls targeting the same-sex romance between The Penguin and The Riddler, but he does worry about how young queer children may react to seeing the negativity.

Reflecting on both positive and negative reactions, the star said: “You just get this crazy swing of people saying the absolute worst, horrifying things, and then people being absolutely the most amazing.”

The star admitted that he was already braced for negative reactions to the romance, saying: “Being a gay person and growing up in the Midwest in a small town, I know what [it feels like]. I’m not unaccustomed to homophobia, it’s nothing new to me. So in that regard, I was completely prepared.”

Speaking about his fears to how young queer people will react to the abuse, he said: “It’s more I worry about kids who follow me and watch this. God forbid there’s a queer person out there and they want to come out to their family… then they see the homophobia out there directed at me.

“That’s the thing that really upsets me the most.”

He added: “The people who say terrible, messed up, homophobic stuff, they’re the minority. The majority of people are coming at me with love from all sides.”

Robin has previously hit out at trolls targeting Gotham over the storyline. Some ‘fans’ claimed to be against it due to his homosexuality not being canon, however Robin pointed out they didn’t complain about other versions where the Penguin was literally raised by penguins of when Jack Nicholson’s Joker killed Batman’s parents.

“But, you know, when we introduce a queer storyline, ‘Eh, we love you and we love the show, but this really bothers me because you’re really messing with the character’s origins.’ And I’m like, ‘You’re homophobic, that’s homophobic. That’s it, right there,’” he said.

Related: Gotham star says criticism over gay Penguin is “a bunch of horsesh*t”

The post Gotham star worries about how young queer kids will react to homophobia he faces appeared first on Gay Times.