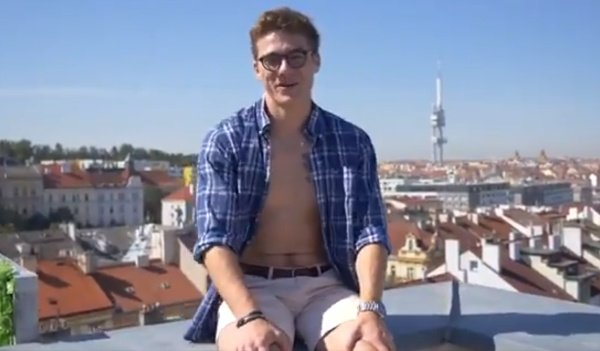 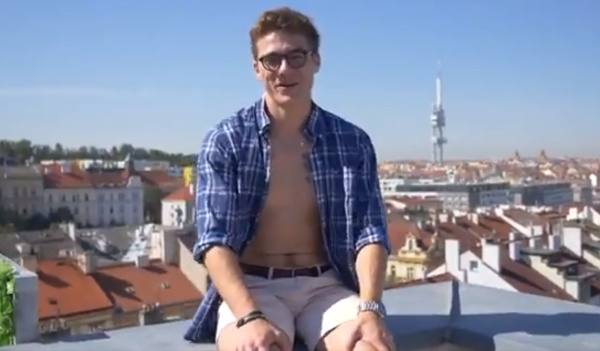 BelAmi were quick to post a video on Twitter, where Blake – sitting on a rooftop in Prague – talks about filming with the studio.

“This has probably been the best shoot of my life and I can’t wait for all the fans to see my scenes.

It was different [than filming in America] because the boys are so beautiful and talented, and you can tell they’re really passionate about the filming and wanting to make it look good.”

And there he is having fun with another BelAmi star, Kevin Warhol –

The scenes will be released later this year, on the BelAmiOnline site. You can register now, and take advantage of this special 30% discount.

We are excited to announce that American Star, @LaneVRogers , is in Prague filming with our boys! Expect to see him like you’ve never seen him before. Scenes will be released later this year only on https://t.co/qe289siGMD pic.twitter.com/e6atFAN5OS