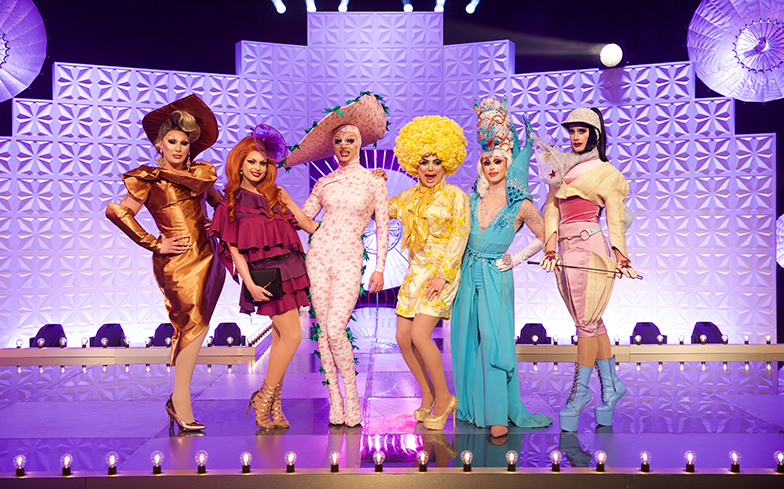 Her show, her rules.

Mama Ru isn’t fucking around is she? Earlier this year, she crowned both Monét X Change and Trinity the Tuck on All Stars 4 and last week, she gave out two RuPeter badges for Snatch Game (The Vivienne and Baga Chipz did deserve it, to be fair).

The queens were aided by Grammy-nominated singer-songwriter and producer MNEK, who helped them record their vocals, while Little Mix star and bonafide Drag Race super-fan Jade Thirlwall lent her expertise on the panel.

Baga, Divina and Blu comprised the first team, Frock Destroyers, while Cheryl, Crystal and The Vivienne formed Filth Harmony. Shortly after, they sashayed and shantayed down the runway in their finest ‘day at the races’ couture.

The latter disappointed the judges; Crystal was labelled the Michelle Williams of the group while frontrunner The Vivienne received her first negative critiques of the season. Cheryl, however, earned her first positive critiques.

The Frock Destroyers were unanimously praised by the judges, which resulted in RuPaul giving all three queens a win. See? Breaking all the rules. Baga now leads the pack with three wins, while Divina and The Vivienne trail behind with two.

Crystal and The Vivienne ultimately lip-synced to Little Mix’s top ten pop anthem Power, and Crystal was told to sashay away.

Next week, the queens’ creative marketing skills are put to the test as they are asked to create an advert and brand themselves. Cheryl will make her Drag Race debut on the judging panel – see the first sickening images here.

Related: Katya spills the T on that infamous RuPaul and Pearl moment on Drag Race.