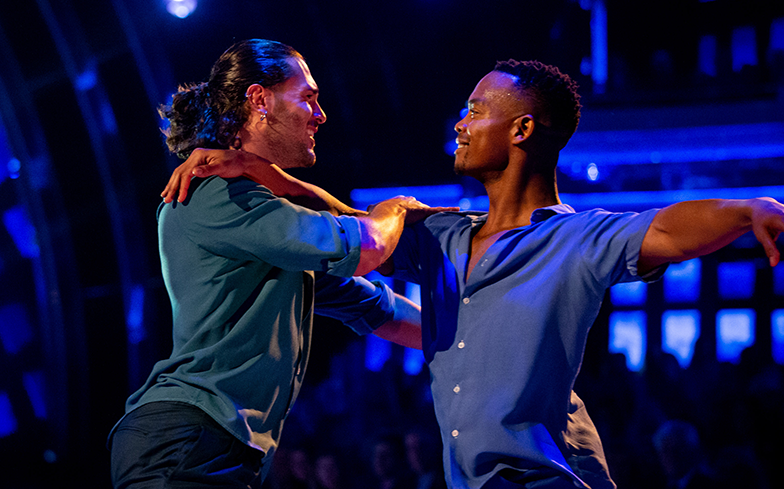 Strictly has yet to feature a same-sex couple outside of professional numbers.

Former Strictly pro Kristina Rihanoff has said that she wants to return to the show, and she already has her perfect celebrity partner in mind: Pussycat Dolls legend Nicole Scherzinger.

Speaking to The Sun, she emphaised the need for Strictly to embrace same-sex couples, saying: “I would come back for that. To be involved in that would be very special. It’s way overdue. The pros have been saying this for a long time.

“I teach men, women and gay couples all the time for things like weddings. I don’t see anything different in it, it would be great. And I would never say no to Strictly. I left on great terms.”

And when asked about her dream celebrity partner, she said: “It would be Nicole Scherzinger. She’s an incredible dancer and musician, so she’d be amazing feeling the music. She’s very good-looking too.”

So far, Strictly has only featured same-sex routines in its professional numbers, including one last series with Graziano Di Prima and Johannes Radebe.

Speaking to Hello Magazine, Radebe said: “I’ve never felt so liberated. For the first time in my life, I feel accepted for who I am. That says so much about the people of this country.

“To be able to dance with a friend I respect and adore is joyous. There’s bromance galore between us, but there were no male and female roles, just free movement. It was beautiful, classy and elegant.”

Sadly, the dance attracted over 300 complaints from people claiming they were ‘offended’, but the BBC decided to uphold none of them.

Earlier this year, Strictly pro Katya Jones said she hoped Strictly’s first same-sex pairing would be two women. Speaking to the Sunday Mirror, she said: “I would love to dance with a woman on the show. I think creatively it would be really ­interesting and I love coming up with new ideas for stuff. So on that side I think it would be quite interesting.”

However, she might not get her wish as Judge Rinder claimed that Strictly bosses had approached him to come back on this year’s Christmas special and dance with a same-sex partner.

“I’d do anything. I’ve danced on stage with Anton du Beke for a Grenfell Tower benefit,” he said, adding that it was “inevitable” that the series would eventually feature same-sex couples.

Sadly, we doubt that Kristina will be adding Nicole to her dance partner list, as the Pussycat Dolls singer competed on the tenth season of Dancing with the Stars, in which she won.