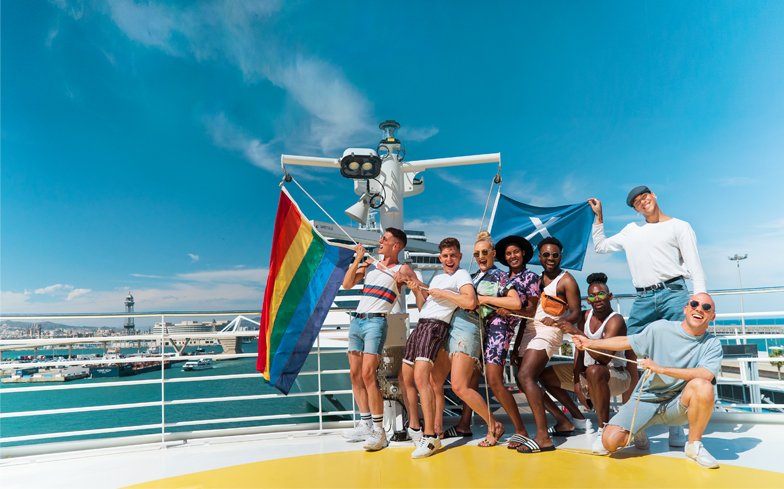 What happens when you put eight leading LGBTQ creatives on a luxury cruise ship?

This summer we explored some of the Mediterranean’s most beautiful destinations on one of the world’s preeminent cruise ships, Celebrity Edge.

The series culminates in the third annual Pride at Sea onboard Celebrity Edge, featuring a guest interview from Adam Rippon.

“It was unexpected that so many people came over to us,” says Lee, “and they we’re just happy to have us on the cruise.”

Elsewhere, Jay Jay performs some of his vogue moves in the Rooftop Garden, while also cheering on the Broadway-class productions that take place in the Theater on board.

“Self-expression is super important – especially within what I do with voguing and being a part of the ballroom community,” explains Jay Jay.

“I can actually vogue anywhere. It helps me work out my emotions.”

Launching daily on GAY TIMES and Celebrity Cruises social media channels from 30 September until 4 October 2019, each mini-episode of Trailblazers paves the way for a perfect LGBTQ travel experience.

You can watch the first episode featuring Riyadh and Josh here, where they explore the ship and meet up with the group of queer creatives.

In the second installment, Char and Helen speak on how Celebrity Edge lets them discover new destinations at their own pace.

Jimmy and Charles discuss food and fitness in the third episode, which sees them maintain their healthy lifestyle onboard the ship.

Check out our Facebook page for the daily episodes, which launch at 7pm each evening.

The post Expression: Jay Jay Revlon and Lee Gray on how they could be their authentic selves on the ship appeared first on Gay Times.