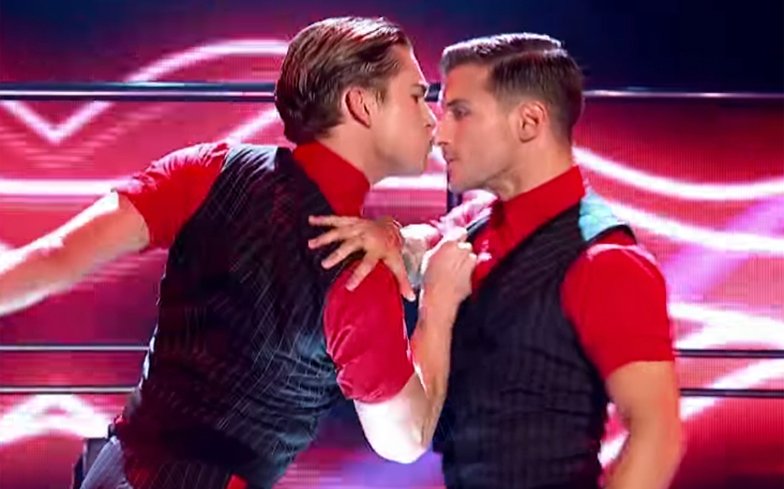 We’re sure the show will mourn his loss…

Former DUP health minister Jim Wells has announced he will no longer be watching Strictly Come Dancing, after reports surfaced saying the show could be introducing same-sex couples.

Yesterday (31 August), a BBC spokesman said the show was “completely open” to the idea of same-sex couples competing, while an unnamed source told the Daily Mirror the move would happen next year.

Jim Wells appeared on The Stephen Nolan Show on BBC Radio 5 to make his big announcement, before telling the Belfast Telegraph: “I don’t have a TV but I watch Strictly Come Dancing with friends, a couple who are avid enthusiasts so they regularly invite me round for dinner to watch it.

“I don’t and I won’t [have a TV] because if Stephen Nolan’s on £420k a year, the money they’re paying their presenters is absolutely obscene.”

He then claimed the show could create “awkward questions” from children. “Now we’ve decided to introduce same-sex partners as demanded by the LGBT community,” he complained.

“This goes out at 7.30pm on a Saturday evening when families want to sit down and watch something that won’t be challenging, won’t ask any awkward questions, won’t be embarrassing. It’s going to ruin it for family viewing.”

He added: “Once you get past the watershed, there’s plenty of programmes that cater for the demands of the LGBT community. Why are we damaging what has been seen as sacrosanct?”

Last series, the show’s viewing figures ranged from between nine million and twelve million, so we’re sure the show will suffer from the loss of Wells’s viewership.

Although Strictly hasn’t yet taken the plunge with allowing celebrities to compete in same-sex pairings, it has allowed its professionals, including a routine last year which ended with pros Giovanni Pernice and Graziano Di Prima nearly kissing.

Wells is currently suspended from the DUP, after he criticised the selection of a lesbian candidate for a council seat. He claimed that Alison Bennington’s selection as a candidate “fundamentally undermines the values and traditions of the party.”

Related: Strictly Come Dancing 2019 has announced its full line-up – who’s in it?

The post DUP politician Jim Wells will no longer watch Strictly because of possibility of same-sex couples appeared first on Gay Times.