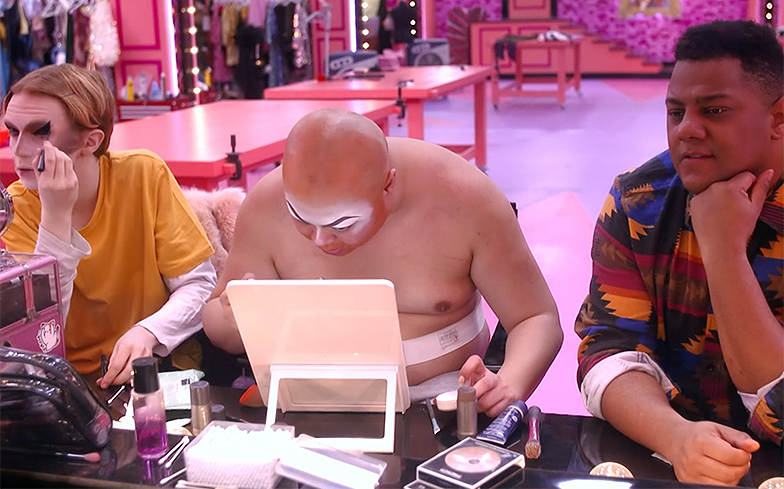 “I can’t tell you how long I’ve waited to hear those words.”

Sum Ting Wong has updated fans on her relationship with her parents.

In the second episode of RuPaul’s Drag Race UK, the star admitted to fellow contestants Scaredy Kat and Vinegar Strokes that her mum and dad weren’t aware of her drag career, and didn’t know she lived with her partner of five years.

“I think it’s a cultural thing,” she revealed. “It’s just a little bit different being first-generation Chinese. I was about 12-years-old when I told my dad was gay and he didn’t acknowledge it, so we haven’t brought it up since…

“I don’t want to throw it in their face like, ‘Ahh, you’ve got a gay son.’ “Having that side of myself completely cut away from my mum and dad feels like I’m not letting them enjoy my successes as well.”

Shortly after the episode aired, Sum Ting wrote on Instagram that it was the “hardest” episode for her to watch because she rarely opens up about her relationship with her parents, and “didn’t ever properly” come out to them.

“I felt me being gay would be the straw the broke the camels back and I would lose all the respect of my parents because I’d be the first homosexual (bi/poly actually but that’s another story) and that as long as I lived, I would do everything to keep this from them,” she said. “All my successes, all my achievements, my partner of 6 years who I love dearly, hidden forever.”

Sum Ting said her Drag Race debut was the perfect opportunity to tell them who she truly is, although her mum “always guessed” she was gay but never asked her out of respect. “She’s not stupid lol” she joked.

She then shared the emotional response from her dad. “My dad said, “You are a biggest man, you have the courage to tell me you are gay. I have a gay son! and I don’t care! And if anyone says ‘’your son is gay’ I don’t care!

“Because I love you, you are the best son, my first son, my favourite son.” And I can’t tell you how long I’ve waited to hear those words, I just wanted to share my story because i know someone out there watching is in the same situation as me.”

Read Sum Ting Wong’s full message below (we dare you not to cry).

RuPaul returns as host and main judge alongside best squirrel friend Michelle Visage, as well as newcomers Alan and Graham Norton, who will rotate every episode like Ross Matthews and Carsson Kressley on the American original.

Read our exclusive interviews with all ten fierce queens here and get your jush with the official trailer for Drag Race UK below.

Related: This one change to Drag Race UK has made the show so much better.