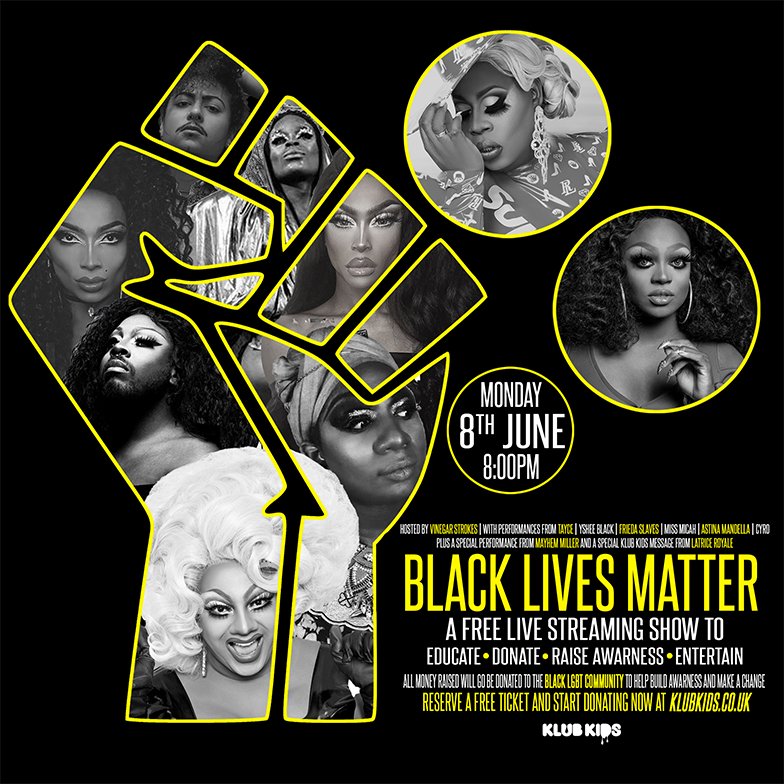 Drag has always been a vehicle in the fight for freedom.

To raise awareness and funds following the murder of George Floyd by a police officer in America, a host of drag queens and kings will do what they do best as they come together for a one-off Klub Kids livestream show next week.

Fans around the world can tune in for free from 8pm (BST) on Monday 8th June, and you can reserve a ticket for the show here.

All money raised will be donated to the Black LGBTQ+ community including charities UK Black Pride, Black Lives Matter and Black Trans Femme In The Arts in an effort to “help build awareness and make a change”.

In the meantime, if you want to help the Black Lives Matter movement, you can donate here (UK) or here (US) and find a list of essential reading here.