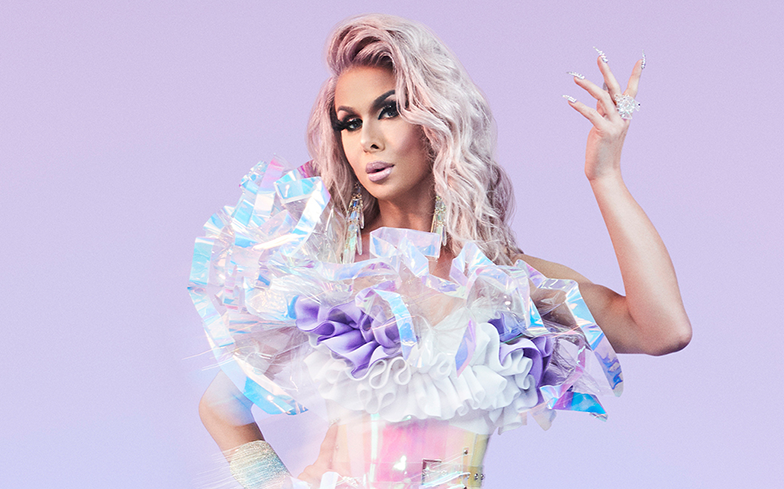 As Latrice Royale famously said, “The level of unprofessionalism… far too much!”

Now that RuPaul’s Drag Race is entering the mainstream, more and more publications are trying to secure interviews with the biggest stars to emerge from the show – and while that’s great for the queens, we imagine it can become quite repetitive.

So to try and make things a little easier for them, we asked some of our favourite queens at DragWorld UK for the questions they’re sick of hearing (and you should never ask) from ‘Will you appear on All Stars?’ to ‘Where does your name come from?’

Time to edcate yourselves, hennies.

“Let me tell you, I am so sick and tired of answering, ‘Where did you get your name?’ It’s not that exciting okay? Girl, it comes from The Matrix, now shut up and stop asking me. So anything to do with my tuck, my name, ‘Why did you start drag?’ Girl, we’ve answered these questions a thousand times, there are only so many ways a drag queen can answer that. Ask us something political, let us use our voices for something good and something real, not stupid questions, you know what I mean?”

“I would say the most annoying is when I get asked about the winner of season two. We don’t even need to say her name.”

“Normally, the most annoying thing I get asked is, ‘Would you do an All Stars season?’ followed by, ‘How do you think you’d do?’ Bitch, I am fucking fabulous. I love myself. Of course I’m gonna do the best! It’s like, ‘Oh, I think I’m gonna do terrible, I’m gonna be sent home first and the judges are gonna hate me, and I’m going to completely crash and burn’. Is that what you want me to say? [Laughs] People are crazy.”

“Probably, ‘What are the most annoying questions you get asked in interviews?’ No, I’m kidding. I’m never annoyed, but when I do interviews and people didn’t do any research, so they have no idea how I started or where I started or that Britney Spears is literally the reason I do drag, that’s probably the one thing that does bother me. That doesn’t happen so much since Drag Race became so big, people are doing their homework now, but there have definitely been times where people have gotten things so wrong. Or when people ask, ‘Where do you live?’ It’s like… ‘I’m a Vegas queen, go and research that’. It’s those little things.”

“I think the most annoying question I get asked is, ‘What’s your inspiration?’ Any artist will tell you that we find inspiration from anywhere. That’s one of the questions I hate.”

“People are fixated on how long it takes me to get ready. It takes like an hour and 15 minutes. I live in LA where the women take that long anyway. But also just because I have more makeup on, I don’t take longer. Blair St Clair and I will probably take the same amount of time to get ready, and she has like no makeup on.”

“You know what? I never get asked annoying questions in interviews, but I can always tell when an interviewer doesn’t know anything about me, and that’s the only annoying thing. But everything else is fine. I love questions.”

The post Drag Race stars reveal the questions they hate getting asked in interviews appeared first on Gay Times.