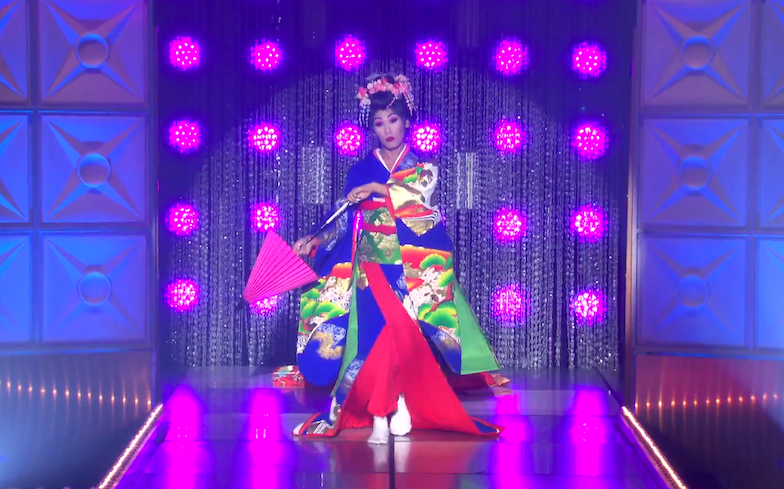 The Drag Race star had received heavy criticism after making the initial comments.

Drag Race star Gia Gunn, who competed on the show’s sixth season and All Stars 4, has issued an apology after claiming that the coronavirus pandemic was “a hoax” during an Instagram Live.

During the Instagram Live, the outspoken queen hit out at the wearing of masks and said that some people following social distancing guideline had been “brainwashed”, saying: “I think the whole mask thing is fucking ridiculous.

“I honestly think this whole COVID-19 thing is a hoax. I think everybody that is taking precautions is cute and it’s definitely the thing to do but I also think a lot of people are brainwashed.”

She added: “I think the more and more that we look around and see each other with masks on, the more influenced we’re going to be to also put our masks on. Which then, to me, insinuates that things are not okay.”

She finished by saying: “I’m here to tell you guys that I think things are more okay than what the government is allowing us to think.”

Gia’s comments came on a day where coronavirus cases in the United States rose by a record 45,242, and the clip was roundly criticised by many others, including several Drag Race stars.

Season 10 champion Aquaria wrote: “please @GiaGunn put on your stupid mask and let it be a reminder to not open your mouth when trying to influence your followers to practice the same unsafe actions you feel entitled to. people are still dying. be grateful its not you or I right now.”

Farrah Moan, who clashed with Gia during their time on All Stars 4, added: “STFU bitch and put your mask on. And stop attacking businesses on your social media for taking your temperature before entering. People are dying.”

And Season 4 and All Stars 2 star, Jaremi Carey, formerly known as Phi Phi O’Hara, whose husband and mother have caught the illness, wrote: “Your video and comments are honestly quite ignorant and it would behoove you to step back from Twitter and educate yourself, false information is harmful to so many.”

Following the criticism, Gia thanked people for “educating” her on the matter, and in another video, said: “It’s time for Miss Gia to take her own advice and do better.

“With the 6,000 cases on the rise alone here in California, it’s apparent that no theories, no questions, no excuses, it’s time for us to put our masks back on. And for those of you that never took their masks off, I thank you and I commend you so much for setting the example that I wish I would have.”

Gia then implored her followers to get masks from companies or designers who were trans, or donating money to helps trans causes.

Although many people continued to criticise Gia, feeling that her apology was fake, she was backed by Drag Race UK star Crystal, who wrote: “Huns. She made a mistake. She apologised. Get off now unless you have something worthwhile to contribute.”

The coronavirus pandemic has proven to have a disproportionate impact on the LGBTQ+ community.

According to a recent study by OutRight Action International, LGBTQ+ people face food and shelter insecurity due to job loss, disruptions in accessing healthcare and elevated risk of domestic and family violence.

Another study discovered that 79% of LGBTQ+ individuals have experienced a plummet in their mental health.