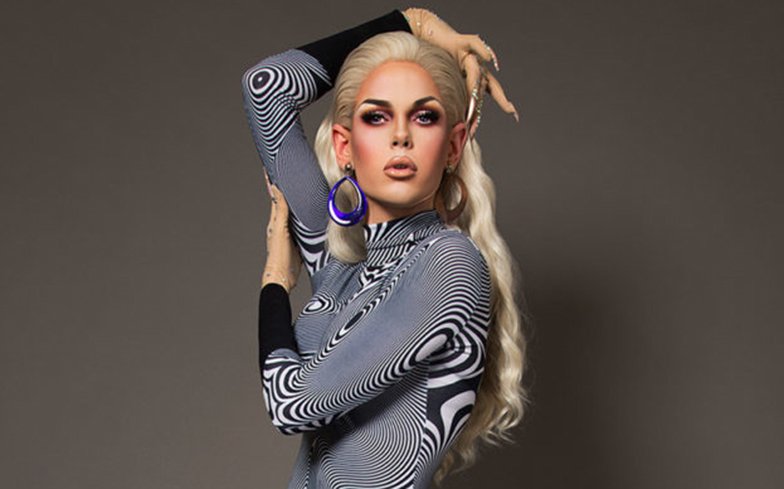 “Oh, I’m down for anyone that wants to put me on television!”

After years of speculation, it was confirmed last December that the cultural phenomenon to find America’s Next Drag Superstar will be opening up its werk room in the United Kingdom to start the royal line of British drag queens. Halleloo!

Since the show was confirmed, fans have been wondering if a Drag Race US vs Drag Race UK crossover season is a possibility in the future, because honey, who doesn’t want to see the likes of Baga Chipz and Tammie Brown sharing the same screen?

When we spoke to Michelle in her first exclusive interview for the series, she told us: “That would be really fun, our queens verses the queens that are on Drag Race UK. It could be really interesting, the aesthetic wars.”

So obviously, we had to question some of Drag Race’s most fiercest contestants at this year’s DragWorld if they’d return for a UK vs US special. See what queens such as Jinkx Monsoon, Latrice Royale, Tatianna and Trinity had to say below…

“Oh absolutely, absolutely. I like to call myself a yes woman, I really don’t say no to any opportunity. Even if I were to do a season like that and maybe not place as well as I want to, it’s a learning experience. So I think it’s kind of silly to say no to experiences coming your way. Also I think it’d be fun as hell. I hope it would actually be filmed here.”

“Oh yeah, that’d be awesome, hell yeah! I’ll do anything. I’ll do villains vs heroines, bad girls vs good girls, it’s all TV. I love that I was a character on Drag Race and that it was polarising. People either loved me or they hated me, but isn’t that kind of what Britney Spears is too? People either love her or hate her. That’s how you know you’re doing something right. People say you haven’t made it until you have haters, and I didn’t really like thinking that way, but its true, that’s the business. If you’re liked by everybody then it’s so safe and boring, people don’t even care about those people. It’s predictable.”

“Well it’s apples and oranges, so it would be very interesting to see how in the world they would judge that? But I would be up for it, I would be very interested in it. I think I’m one of the few that could walk the line in between because I have such a huge appreciation of the drag culture here as much as I love America. I feel like I’m understood a little bit more here. It’s a very dry sense of humour, very sarcastic. I’m also a singer and its appreciated here a little bit more. And of course… my name.”

“No. I’m done, sick of working, I am done. It’s just like when you know that you need more, then you have to do more. And like right now, I have got to feed my artistic side and do what makes me happy and I want to act, and I want to be on the big screen and I want to do theatre. I am going to be producing some shows in 2020.”

“Oh, I’m down for anyone that wants to put me on television!”

“Yes I would totally do that, that would be fun! I’m going to slay anybody, so I am not afraid of competition. Bring Bianca [Del Rio] back I would love to shut her big ass mouth.”

“Oh my god, I would never do Drag Race. I would never complete again. I am done. If you win, you get the hell out. It’s sort of like when you win some money at the casino, you leave while you’re ahead. I’m also not very competitive so, y’know… competing doesn’t really bring out the best in me.”

The post Drag Race legends reveal if they would return for a UK vs US spin-off season appeared first on Gay Times.