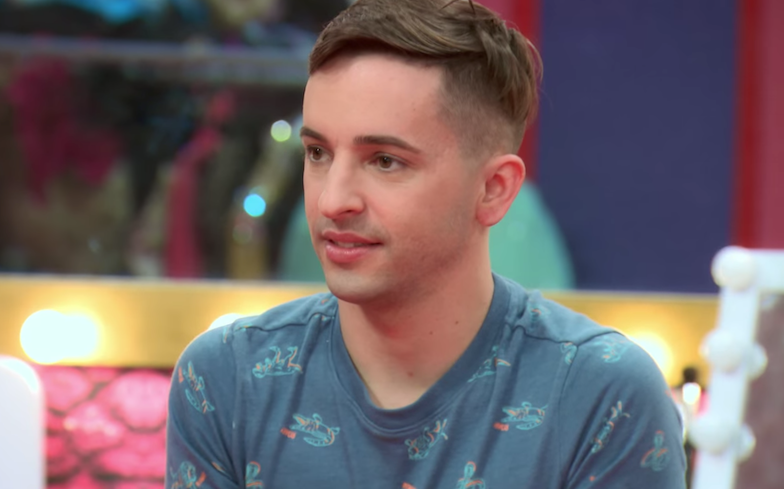 “The #DragRace fan base is spinning after tonight’s episode!”

The latest episode of All Stars 5 was – in the words of Laganja Estranja – “TOO MUCH!” to bear for Drag Race fans.

For this week’s maxi-challenge, the eight remaining contestants dived into the world of celebrity branding as they designed their own boutique hotel experiences, and on the runway, served a three-in-one extravaganza.

But first, the queens wanted answers from Miz Cracker about her “mental warfare” with last week’s eliminated queen, Ongina.

“My intention was to say, ‘Ongina, I want you to believe in yourself because I need to see that,’” Cracker told her competitors. “I went about it wrong. I should have said that.” Were the gurls buying it? Not for a second.

“I’m just going to be real — I smell shenanigans, foolery and some tricks and shows. It’s not feeling authentic,” responded Mayhem Miller, which led to Alexis Mateo declaring that she’ll chop queens she doesn’t trust (aka Cracker).

The drama took a backseat (for a moment) as they queens powered on with the maxi-challenge.

Mariah, Miz Cracker and Shea Couleé drew inspiration from The Golden Girls with the The Golden Gals’ Palace and Resort, embodying beloved characters such as Blanche Devereaux, Rose Nylund and Dorothy Zbornak.

Alexis, India Ferrah and Jujubee sashayed over to the rainforest with their Amazon-themed getaway, The Glamazone, complete with matching leopard-print lewks. Rakatatititata, pussy bitch – yes, all of that.

Blair St. Clair and Mayhem embraced their inner Valentina and Naomi Smalls to deliver a Club 96-esque hotel experience for 24k, an elegant, black-and-gold suite that’s supposedly hosted all of the Kardashians – even Rob.

As they prepared for the runway, the drama and conflama continued when Alexis overheard Cracker, who’s been reunited with her season 10 friend “anxiety,” tell her teammates, “The people that I respect are Shea and Mariah and Juju.”

Alexis hit back: “So you don’t respect me, is that what you’re trying to say? I’m still waiting for you to come talk to me, but it’s easier for you to just talk there? A lot of girls talk behind your back. I could be one of them.” Bam.

After sashaying down the main stage in their three-in-one ensembles, Blair and Mayhem were declared the winning team. Plot twist: neither of their performances warranted a win. Jujubee, who’s never won a maxi-challenge in her three-season run despite reaching the final three on two occasions, was announced as the winner, and honestly? IT’S ABOUT DAMN TIME!

Although Mariah served one of the most opulent lewks in recent memory, and Shea provided the wow factor with a rainbow-winged, Hungry-inspired metamorphosis, they were deemed the bottom All Stars of the week with India.

At this point, we’re in full hyperventilation mode because we still have PTSD from Manila Luzon on All Stars 4. Shea is the obvious frontrunner for the crown – will someone channel Naomi Smalls and chop her from the competition?

No one knows what’s going on inside Juju’s head. As she selected her lipstick and prepared to meet this week’s lip-sync assassin, she delivered an Oscar-worthy monologue about how much she misses her… cats. “They don’t judge me. Well, they do but they have to live with me. I feed them. I also scoop their poops,” she said. What could it possibly mean?

To the beat of Lizzo’s body-positive disco anthem Juice, Jujubee then fought to keep her perfect lip-sync track record (she has five out of five wins) against none other than All Stars 4 winner – and sponge queen – Monét X Change.

Monét conquered after gagging the judges with her usual kicks, flips and other tricks. Does anyone else think Juju threw that lip-sync? Maybe because she was lip-syncing for her legacy and not her life? Who knows.

Monét then revealed the name of the queen on the lipstick: Mariah. Fans were torn over the events of this week’s episode: the elimination, the bottom three, the drama, challenge winner, the challenge itself. See below.

Next week, the seven remaining queens will “get overexposed as they imrpov their way through celebrity scandals, getting caufght in the act by the tabloid TV team from SheMZ.”

All three episodes of RuPaul’s Drag Race All Stars 5 are available to stream in the UK on Netflix.

The post Drag Race fans have strong opinions about this week’s episode of All Stars 5 appeared first on Gay Times.