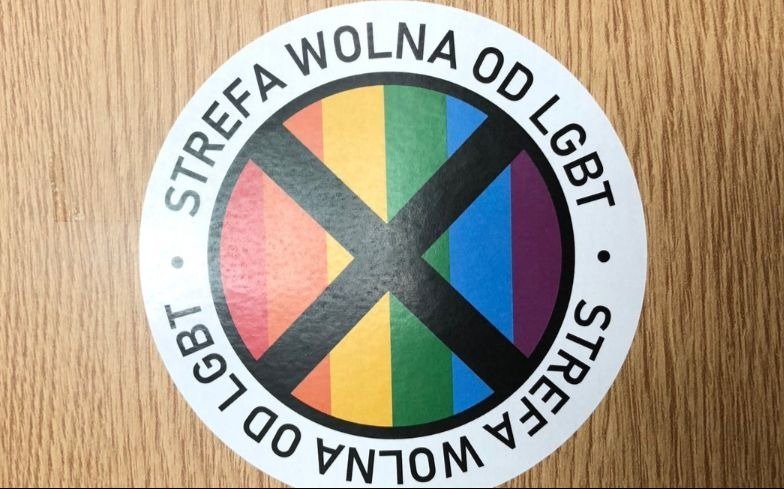 The county nearly repealed an anti-LGBTQ resolution from 1996.

Two councillors in the South Carolina county of Greenville County have prevented the repeal of an anti-LGBTQ resolution from 1996. One of those councillors, Joe Dill, now wants a referendum which could make the county similar to areas on Poland that have declared themselves ‘LGBT-free zones’ if citizens vote to keep the resolution in place.

The referendum would be held before the presidential election later this year.

This week in Greenville County, councillors were about to repeal a 1996 resolution that stated “lifestyles advocated by the gay community should not be endorsed by government policy makers, because they are incompatible with the standards to which this community subscribes.”

The repeal was initially on track to pass with eight votes to three, but then councillors Joe Dill and Bob Taylor switched their votes, and as the bill failed to get seven votes in favour, it failed.

The Greenville Journal reports that opponents to the repeal swarmed the council and that the group was so large they had to be addressed with megaphones.

Butch Kirven, who was in favour of repealing the resolution, told a crowd after the vote: “Community values and standards are as important today as they ever have been and those things cannot be legislated or coerced by government.

“They must be nurtured by people themselves. Everyone has the freedom to seek and strive to achieve their own ideals of life, liberty and the pursuit of happiness, and this County Council cannot change that.

“Nowhere in state law in our given duties and responsibilities does it say anything about County Council being responsible for setting the community standards of Greenville County.

“Those are individual responsibilities. So that’s my comment on tonight’s proceedings.”

And Upstate Pride SC, a local LGBTQ group, posted on Facebook: “Tonight wasn’t the result we wanted at all.

“But guess what? We still have PLENTY of fight left. See you all in two weeks. Same time. Same place. Same old fight for equality and inclusion.”

Areas in Poland are currently declaring themselves to be ‘LGBT-free zones’ where local authorities pledge to refrain from actions that could be seen as tolerant of the LGBTQ community, and prevent financial aid to NGOs helping to promote equal rights.

The zones have been condemned by LGBTQ activists, and the European Parliament passed a motion condemning Poland for allowing them to go ahead.

The motion noted how most of the 80 regions “discriminate in particular against single-parent and LGBTI families” and added that they were part of “a broader context of attacks against the LGBTI community in Poland, which include growing hate speech by public and elected officials and public media, as well as attacks and bans on Pride marches and actions such as Rainbow Friday.”

The motion “calls on Poland to firmly condemn discrimination against LGBTI people… and to revoke resolutions attacking LGBTI rights, including local provisions against ‘LGBT ideology’, in accordance with its national law as well as its obligations under EU and international law.”