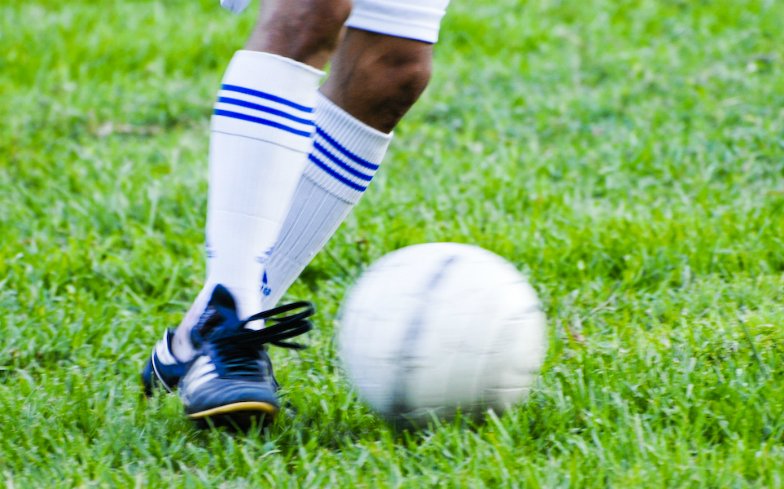 The long-running ITV soap is exploring homophobia in football.

Coronation Street star Nathan Graham has said he hopes for there to be a “catalyst” for gay footballers to come out, as the soap explores homophobia in football. Currently, there are no openly LGBTQ players in the upper levels of the male sport.

Speaking to the Daily Mirror about the storyline, Nathan said: “I think it’s had a positive reaction so far.

“Nobody wants to be the first of this new generation, I guess that’s how anyone would feel. It’s a real shame that people don’t feel that they can come out, because I feel like we’ve moved on.”

He added: “People are, I think, more accepting of everyone. Hopefully there is someone that’s a catalyst for more players to come out.”

He explained that in research for the role, he spoke to openly gay Rugby League player, Keegan Hirst. The pair met on the show’s set and talked for several hours on the subject.

“It is important because it is clearly an issue as there is no one currently playing professional football who is openly gay,” Nathan explained.

“After talking to Keegan Hirst, I can see that in football, homophobia is not seen as being on the same level as racism so it is good to spark that conversation and then hopefully it will educate people that discrimination is discrimination no matter what it is; race, religion, sexuality.

“If a sportsperson is gay, it doesn’t take away from their ability and with any type of discrimination, until people are educated then nothing will change.”

Next week is a big week for Nathan’s character, James Bailey, after his love interest, Danny, posts something online unwittingly hinting at James’s sexuality. James begins getting pressed on the comments, but denies being gay.

Explaining the effects of the lies to Digital Spy, Nathan said: “It’s a struggle for him and it’s definitely weighing on him all the time because essentially when he leaves his house, he is living a lie to everybody else, so how long can that continue until it gets the better of him?

“Or how long until it just comes out? It is a ticking time bomb that could erupt either way.”

Next week is also a big week for another soap exploring homophobia. Hollyoaks is currently looking at homophobia within religious and Caribbean households, which saw trainee doctor Mitchell Deveraux rejected by his grandfather, Walter Deveraux, because of his sexuality.

In this week’s episodes, Mitchell will celebrate his birthday, his first without his grandfather, unaware that his boyfriend, Scott Drinkwell, has talked to Walter in an attempt to get him to attend the birthday party and accept Mitchell’s sexuality.

Speaking about the party, Imran Adams, who plays Mitchell, said: “It’s clear that Scott loves him, and he wants to show it in the biggest, and most random way, and also to celebrate him coming out. It’s going to be a big camp birthday bash.”

Related: Stonewall calls on football stewards to be trained to spot homophobic chants

The post Coronation Street star hopes for a “catalyst” for gay footballers to come out appeared first on Gay Times.