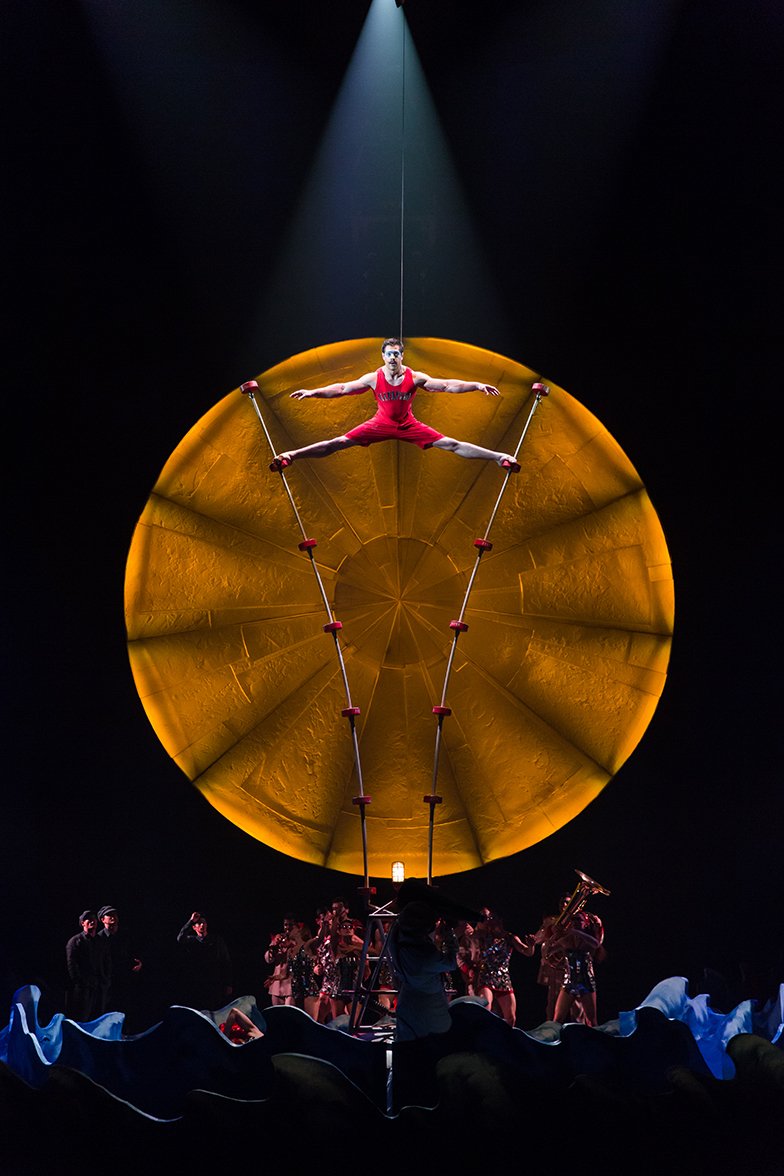 The Canadian circus outfit bring their new show Luzia to the Royal Albert Hall for its European premiere, directed by Daniele Finze Pasca.

Proving that sometimes more is more, Cirque du Soleil’s new show Luzia throws a dazzling array of circus routines at the assembled audience in the Royal Albert Hall. It’s quite a sensory overload which is at times overwhelming, but it’s all really rather wonderful. There are so many highlights that it’s difficult to say what the best moments are – we’ve seen plenty of circus before, but never on this scale or so brilliantly executed.

It’s a real visual spectacle – the Mexican-flavoured backdrops utilise a vibrant colour palette, creating a series of gorgeous environments for the setpieces to unfold. The puppetry – with the assistance of some cunning lighting – looks really effective, while there are some truly breathtaking water effects. At the interval we overheard much of the audience stratching their heads as to how the ethereal images were created by the cascading water. Meanwhile the sets and props are playfully surreal, at times giving the aesthetic of a living Salvador Dali painting.

Luzia really excels at creating mesmerising setpieces. One example sees an elegant aerialist swing high above the stage while two graceful women glide around below, with the aid of cyr wheels. The scene is augmented with the introduction of a curtain of water, not only dialling up the spectacle but also the danger. The hypnotic movement lends a dreamlike quality to proceedings – we could have happily sat and watched it all night.

While it’s difficult to choose a standout moment, they certainly keep some of the more impressive routines to the end. The contortionist is unlike any we’ve ever witnessed – while it is evident that he has bones, they don’t appear to serve any discernable purpose. The Russian swing segment looks daring – there is a real sense of peril as the performers glide between the swings, resulting in collective gasps from the audience. These are merely two highlights in a show which dazzles and delights throughout.

There are very, very minor complaints. The narrative is loose – but no-one really goes to the circus to invest in the story. Perhaps there’s a little more clown filler than we’d like, but it achieves its goal of diverting the audience’s attention while the stage is cleared and re-set for the next scene. We weren’t completely sold on the football segment – it impresses, but less so than many of the others. The juggler doesn’t always perfectly execute his routine, although when he does hit his stride, he’s mesmerising to watch. Otherwise, the performance is pretty much flawless.

We really can’t praise this highly enough – it’s a truly spectacular circus show which is daring and delightful in equal measure. We’re always looking for excuses to visit the gorgeous Royal Albert Hall and this is about as good as reasons get. Grab yourself a ticket while you can!