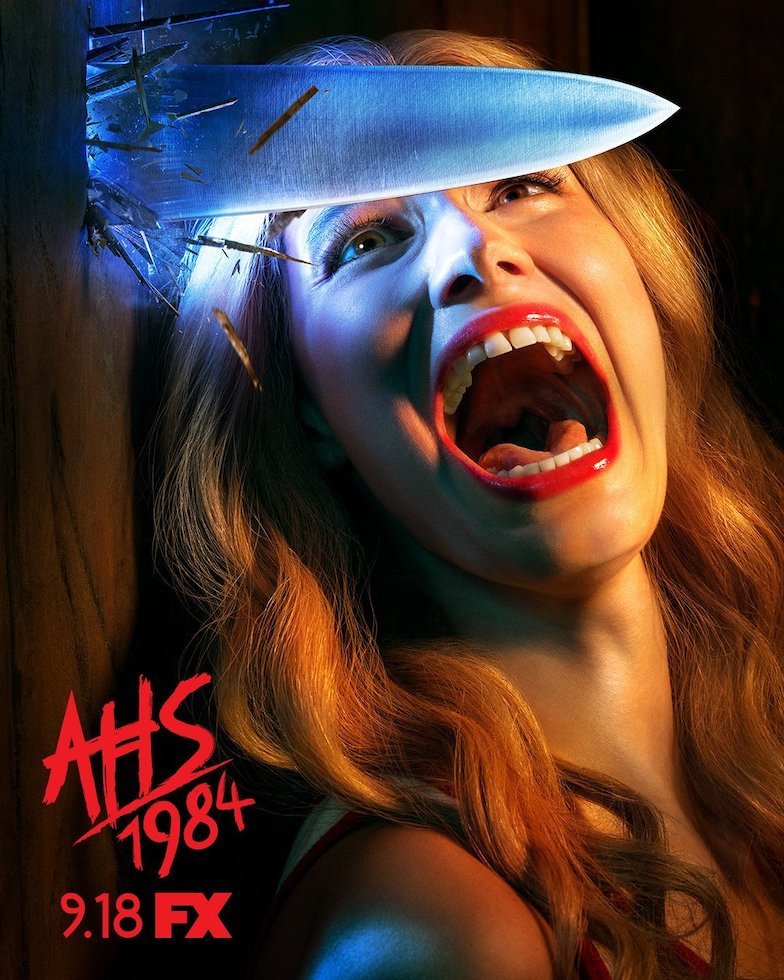 Taking inspiration from slasher films of the 80s – such as Friday the 13th and Sleepaway Camp – the artwork sees the stereotypical “damsel-in-distress” character in peril as a Michael Myers-esque kitchen knife nearly slices into her skull.

Titled 1984, this season of the acclaimed horror anthology series will travel back to the 80s (duh) and will be set at a summer camp called Camp Redwood. As usual, we have pretty much no idea what to expect.

The teasers we’ve seen so far feature a generic-looking slasher movie villain killing off high school archetypes – from the jock, to the dream girl, to the nerd, to the prankster and the stoner. But will it be that straight-forward? We doubt it.

Gus Kenworthy is set to make his acting debut in 1984, and will be joined by previous AHS stars such as Emma Roberts, Billie Lourd, Cody Fern and Leslie Grossman, as well as newcomers Matthew Morrison, DeRon Horton, Zach Villa and Angelica Ross.

You can find out everything you need to know about American Horror Story: 1984 here – check out the poster below. 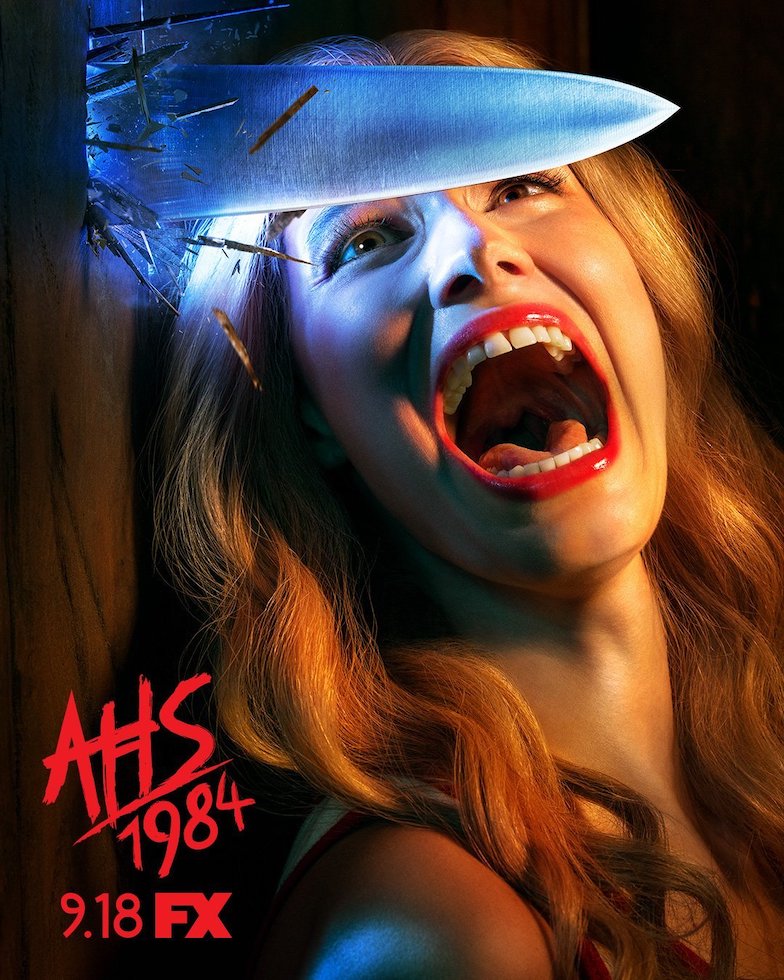 Earlier this year, AHS veteran Evan Peters revealed that he wasn’t returning to the series for its ninth season.

The American actor, who’s starred in the series since 2011, initially told GQ that he wanted to take a “sabbatical” to focus on other endeavours because the show had taken an emotional toll on his mental health.

“I’m goofy, I’m silly, I like to have fun. I don’t like to yell and scream. I actually hate it. I think it’s disgusting and really awful, and it’s been a challenge for me. Horror Story sort of demanded that of me,” he said.

“It’s been all a massive stretch for me and really difficult to do. It’s hurting my soul and Evan as a person.

It was later revealed that fellow veteran Sarah Paulson will also be sitting this season out. Sad, we know. But if the teasers are anything to go by, it looks like it will be another killer season…