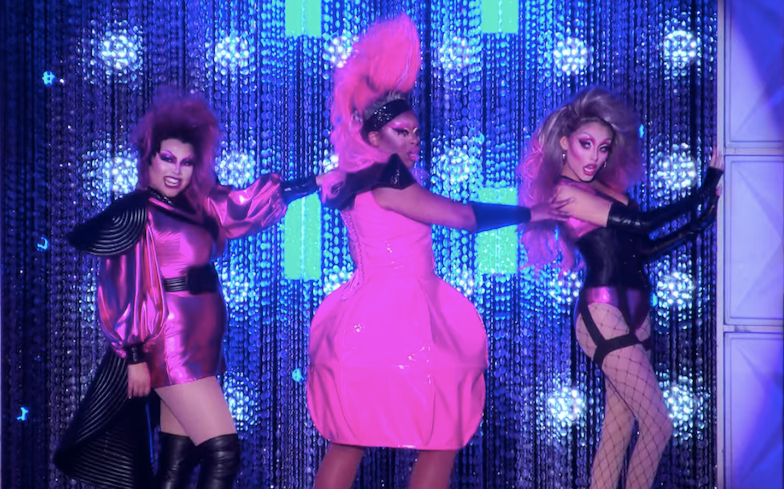 “I’m able to walk with my head held higher.”

The acclaimed singer-songwriter, actress and Lesbian Jesus finally made her debut on the Emmy-winning franchise last week when she sashayed into the werkroom as a contestant – not a judge! – on Secret Celebrity Drag Race.

Although she struggled with balancing her masculinity and femininity throughout the episode, Hayley stunned the judges with her high-energy performance in the maxi-challenge and cotton candy-inspired runway.

After lip-syncing for her life to Katy Perry’s pop anthem California Gurls, the star ultimately won $30,000 for her charity and the title of America’s Next Celebrity Drag Superstar – as well as the hearts of Drag Race fans across the world.

Despite having a profound respect for drag performers – and “what they’ve done for our community” – Hayley didn’t realise how powerful the transformation would be for her on a “personal level”.

“I never really understood the emotional side of drag. It’s honestly hard to explain it without experiencing it. It’s something that I am so grateful to be a part of, I am so thankful to have had this experience,” she told Billboard.

“Because of this, I’m able to own all of my masculinity and femininity so much more, and I’m able to walk with my head held higher. I’ve allowed myself this confidence that’s always been there at the surface, and that’s helped me expand and grow.”

Hayley said the experience was “incredible” because she was able to tackle insecurities she’s battled since adolescence, and would recommend everyone try drag “because it helps you understand and learn so much more about yourself.”

“We live in a world where we constantly compare ourselves to one another, and drag is an artform where you are able to just totally be your own person and be in your own lane,” she added.

Although the first episode of Celebrity Drag Race divided viewers due to the ‘lack’ of A-List talent involved, the series has been a massive success with viewers and has even been hailed as one of the best seasons of Drag Race ever.

You can watch the first season of RuPaul’s Secret Celebrity Drag Race in its entirety right now on Netflix.