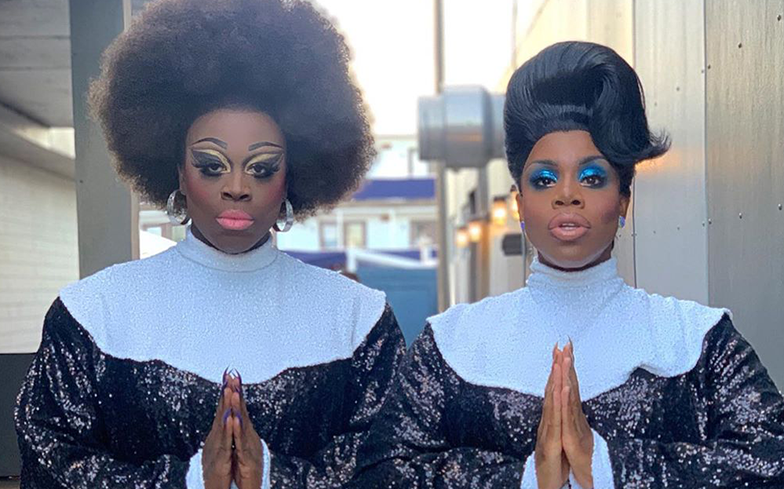 And they both agreed on the decision.

As the decade comes to its end, Dazed caught up with several stars of RuPaul’s Drag Race to ask them about their highlights of the past ten years. Dazed brought together Season 5 finalist and All Stars 2 champion Alaska, Season 8 champion Bob the Drag Queen, Season 8 finalist Kim Chi, Season 9 runner-up Peppermint and Season 10 champion Aquaria.

The queens were asked a grab-bag of questions, with both Alaska and Bob the Drag Queen being asked what season of Drag Race they thought was the best. Answering first, Alaska said: “Season 4 changed my life.

“When I got to see my then boyfriend Sharon go through the experience and I also experienced the pain of not making it, it was the beginning of a life changing journey and I’m still on it.”

The only other queen asked the question was Bob the Drag Queen, and she agreed with Alaska’s answer, saying: “My favourite Drag Race season is Season 4.

“I feel like it was the first time that we saw a bullied kid getting their come up (regardless of how crazy Sharon Needles ended up being in real life afterwards).

“I thought it really showed that there is more valid drag than just being really pretty.”

Bob also added that her favourite queen from the show is Monét X Change, explaining: “I think she is the embodiment of beauty and hard work and talent and intelligence and personality.”

Elsewhere in the reminiscence, Alaska said that Beyoncé, Lady Gaga and Ariana Grande defined the music of 2010s for her, that her red bikini look on the Drag Race Season 5 finale was her worst fashion moment and that she’d like to see a resurgence of ‘bad drag.’

Kim Chi said she’d like to see “keyboard warriors who like to cancel people without a second thought” left in the decade, that she’d like to throw Donald Tr*mp in a bunker and throw away the key, and praised Taiwan and India for their massive steps in LGBTQ equality by legalising same-sex marriage and homosexuality respectively.

Peppermint called crocs the worst fashion moment of the decade, praised the passing of the Affordable Care Act in the United States as the most life-changing thing for her in the decade and said she’d want to leave “sexism, racism and blue eyeliner” behind in this decade.

Aquaria said that the current green movement around the world “inspired” her, named inclusivity as the best fashion trend of the decade and hoped it’d continued into the 2020s, and she said that every LGBTQ victory in the decade was the “biggest leap” for her, emphasising how even though it might not have the biggest effect on her, it could mean something for someone more “marginalised” in the LGBTQ community.

Bob the Drag Queen explained how Lizzo defined the music of the 2010s, calling her the “future” of live music and also said how she was discovering trans artists like Shea Diamond, said she’d like the “infighting” within the LGBTQ community to stop and she hoped that people would stop seeing Drag Race as a representation for all kinds of drag.

Related: This is the rumoured cast for RuPaul’s Drag Race All Stars 5

The post Bob the Drag Queen and Alaska reveal which season of Drag Race they think is the best appeared first on Gay Times.