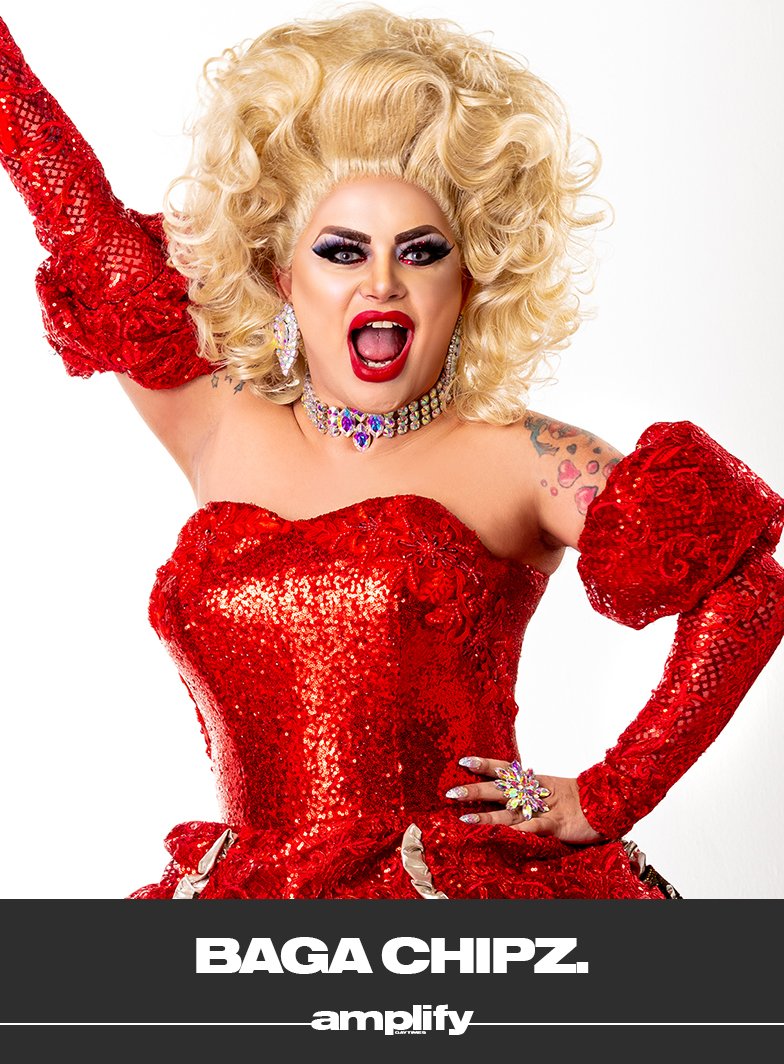 “But for me, my style of drag, you need to be a performer. Entertain me, make me laugh.”

For Drag Race UK star Baga Chipz, being a performer is the most important quality in a drag queen.

“Don’t get me wrong, there’s a certain standard, but I’ve seen queens who look like Naomi Campbell who go on stage and the audience are like, ‘What can you do?’” she told us on the set of our exclusive Drag Race UK photoshoot.

“I’ve seen people that have a beard and wear a black bin liner who have been absolutely hilarious and made the whole crowd roar. If you want to get into fashion and make up and all that, that’s brilliant.

“But for me, my style of drag, you need to be a performer. Entertain me, make me laugh.”

The Midlands-born performer, who described herself as a “very British drag queen, very fish and chips, mushy peas” and a “tart with a heart” was announced as an official cast member for the highly-anticipated UK spin-off this week. 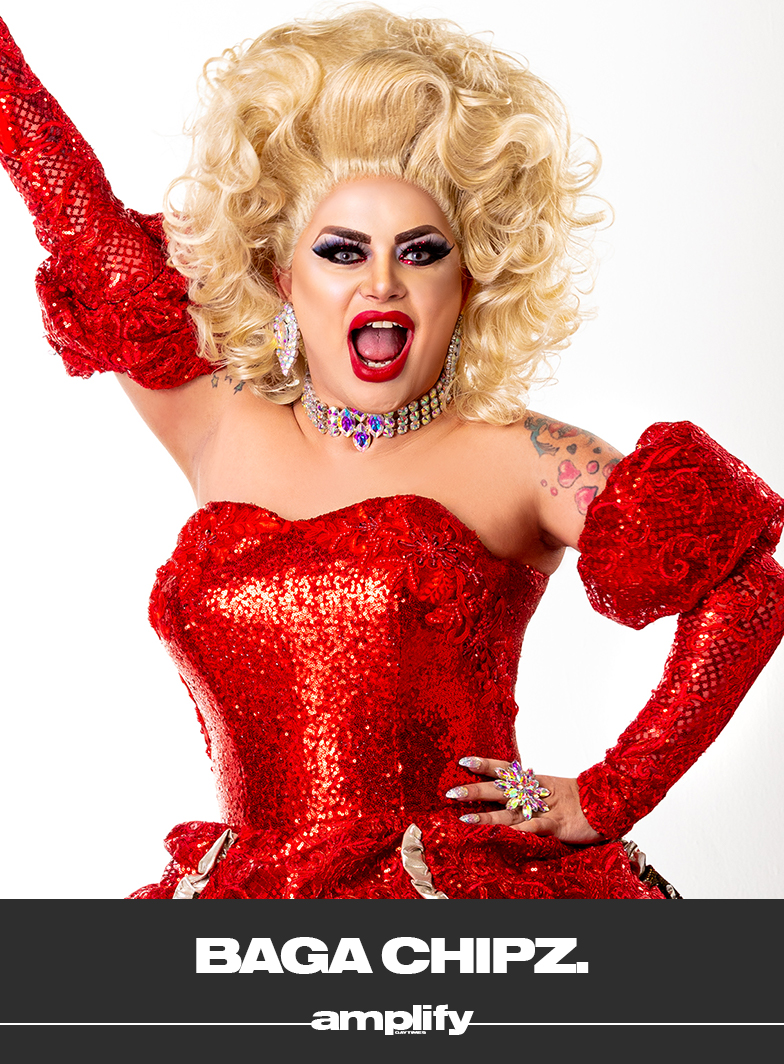 According to Baga, this season she will be the “the aunty who says, ‘Oi you two, sort it out!’” and admited that fans will either love her or hate her. “I’m a cross between Honey Boo Boo and Vanjie.

“It’s constant buffoonery. Everyone has a personality, but I’m that times five.”

Read our exclusive interviews with all ten fierce queens on the British spin-off here.