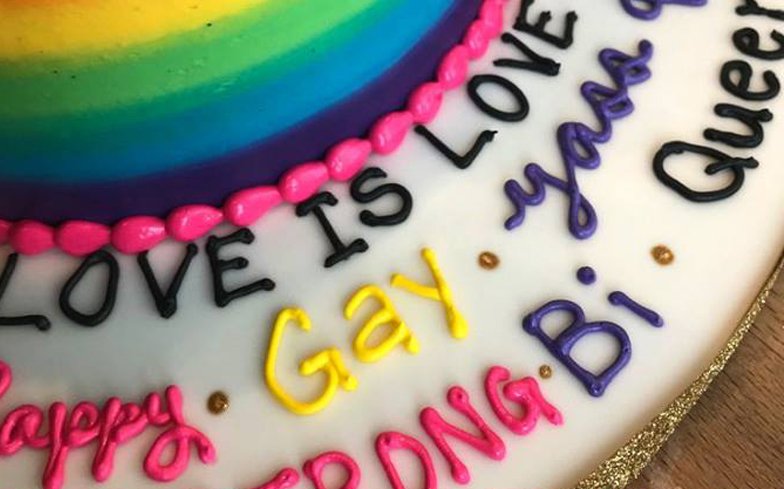 The ‘gay cake’ row is now heading to the European Court of Human Rights (ECHR).

After the Supreme Court found in favour of the bakery that refused to bake a cake with the slogan ‘Support Gay Marriage’, Gareth Lee is now taking the case to the European Court of Human Rights.

In their judgement, Lady Hale, Lord Mance, Lord Kerr, Lord Hodge and Lady Black from the Supreme Court ruled that the bakery’s refusal to make a wedding cake supporting same-sex marriage was not discriminatory.

“It is deeply humiliating, and an affront to human dignity, to deny someone a service because of that person’s race, gender, disability, sexual orientation or any of the other protected personal characteristics,” Hale said in the judgment.

“But that is not what happened in this case and it does the project of equal treatment no favours to seek to extend it beyond its proper scope.”

The row started after Gareth Lee, an LGBTQ rights activists asked the Ashers bakery in Belfast to bake a cake with the slogan ‘Support Gay Marriage’ for an International Day Against Homophobia, Transphobia and Biphobia event.

The bakery refused, saying the message went against their Christian beliefs. Lee took them to court, citing discrimination because of his sexuality, and won. However, the Supreme Court overturned the decision, and argued that the bakery didn’t bake the cake in opposition to Lee’s sexuality, but to the message on the cake.

Lee’s lawyers, at Phoenix Law, will argue that the Supreme Court “failed to give appropriate weight to Mr Lee’s rights under the European Convention of Human Rights.”

In a statement, the lawyers said they wouldn’t argue that people can’t hold religious views, but “its owners may, but businesses, brands and companies are separate from their owners and their personal and private views. There is no such thing as a ‘Christian business’ and we contest that no such thing ought to be given legal recognition by a court.”

Lee also argued that the case wouldn’t be about religious views. “I have my own beliefs,” the BBC reports him as saying. “But that’s not what my case has ever been about.

“This is about limited companies being somehow able to pick and choose which customers they will serve. It’s such a dangerous precedent.”

The Belfast Telegraph reports that the case has so far cost £500,000, with money coming from the Equality Commission and the Christian Institute.

Simon Calvert, the deputy director of the Christian Institute was critical of the challenge, saying: “I’m surprised and a little disappointed that anyone would want to overturn a ruling that protects gay business owners from being forced to promote views they don’t share, just as much as it protects Christian business owners, and I hope the government will robustly defend the current law.”

Related: The shop at the centre of the gay cake row is closing down as it’s not “busy enough”