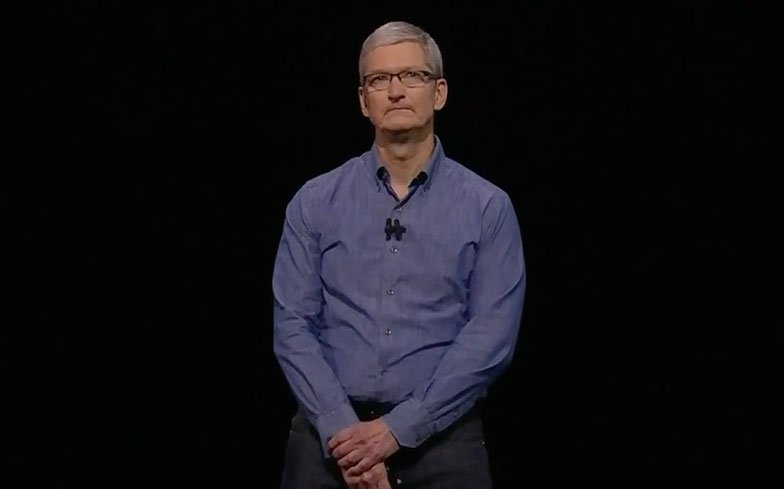 In 2014, Apple boss Tim Cook became the first CEO of a Fortune 500 company to publicly come out as gay.

It came three years after he took the mantle at Apple Inc following Steve Jobs’ resignation and the usually private Tim Cook informed the world through an editorial where he stated he was “proud to be gay”.

Five years on and the business leader has reflected on his public coming out as he prepares to receive the Champion Award in Los Angeles from GLSEN; the leading advocacy organization for LGBTQ youth in K-12 education.

Cook explained that it was messages from queer youth that pushed him to come out and serve as a visible role model for the generations to come.

“What was driving me was [that] I was getting notes from kids who were struggling with their sexual orientation,” Cook told People en Espanol in a rare interview.

“They were depressed. Some said [they] had suicidal thoughts. Some had been banished by their own parents and family.

“It weighed on me in terms of what I could do. Obviously I couldn’t talk to each one individually that reached out, but you always know if you have people reaching out to you that there’s many more that don’t, that are just out there wondering whether they have a future or not, wondering whether life gets better … From there I really decided.

“There’s been a lot of people that came before me that made it possible for me to sit here today, and I needed to do something to help those people that were in a younger generation.”

He added: “It probably took a year between getting the words exactly like I wanted and picking the right time for the company, because I didn’t want it to be a distraction and so forth. I have not regretted it for one minute. Not at all.”

Speaking about his message to parents with queer children and how they can nurture and support them, he said: “Some parents – I know because they’ve reached out to me – some parents struggle … they think their child’s potential is less because they’re gay.

“My message to them is that it doesn’t have to be like that. It starts with them because if they treat their child with respect and dignity, just like we treat each other, then that child can do anything they want, including [being] the CEO of Apple, or to be the president or whatever they want. Being gay is not a limitation. It’s a feature.”

And his message to young LGBTQ people who want to be out? “Life gets better.”

“Gay is not a limitation,” he added. “It’s a characteristic that I hope they view, like I do, that it’s God’s greatest gift. That’s what I hope: to get that message out there to all the young kids struggling with their identity who aren’t certain that they’re resilient enough or good enough, or [they] are made to feel inferior in some way, or worse, are ostracized or whatever. Life doesn’t need to be like this.

Related: Tim Cook tells LGBTQ youth: “You are a gift to the world”

The post Apple CEO Tim Cook reveals what made him want to publicly come out appeared first on Gay Times.