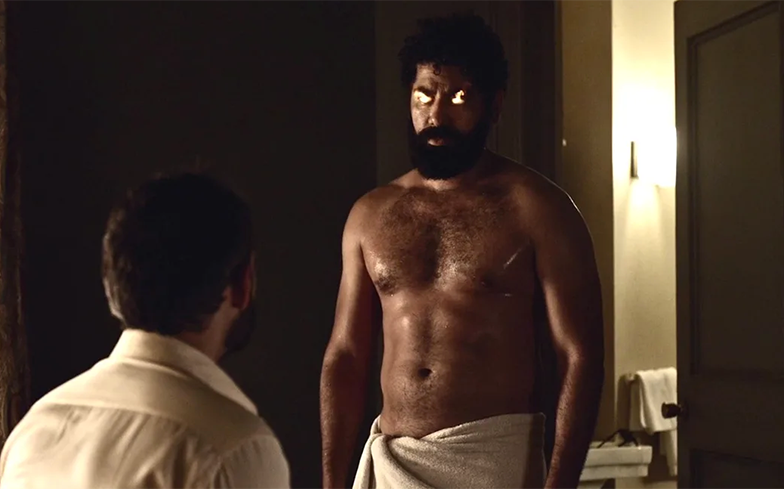 “I was proud to represent not just the Middle Eastern community in such a positive role you don’t normally see television but also the LGBTQ community.”

Mousa Kraish has issued a statement following his controversial axe from American Gods.

Earlier this week, it was announced that the American actor and director was not asked back for the fantasy drama’s upcoming third season due to budget cuts. Since 2017, he has portrayed The Jinn, a mythic being of fire.

Throughout the course of the show, Kraish’s character has been involved in a same-sex romance with Salim (Omid Abtahi), which was lauded by critics for providing representation for the LGBTQ, Middle Eastern and Muslim communities.

His departure was met with widespread backlash from fans, who have threatened to boycott the show.

“So many of you & reaching out to me with support & love,” Kraish wrote on Twitter. “I am so humbled & grateful for this wonderful community behind @neilhimself & #AmericanGods. I can confirm that I wasn’t asked to come back this season.

Kraish continued to thank the show’s crew for allowing him to play a queer character with “such honour and depth”, and said the door isn’t closed for his time on American Gods and that he would return to the series if asked.

“To the fans of @AmericanGods thank you so much for all your messages,” he continued. “I’m blown away by all of you. You make the show. You are the show. For me. It’s all love. #AmericanGods.”

Earlier this year, Dominique Jackson was announced as a cast member for the Amazon Prime series’ third season.

Jackson is best known for her legendary role as Elektra Wintour on Ryan Murphy’s LGBTQ drama, Pose, which features the largest amount of trans actors in regular roles of any scripted TV series in history.

Related: The latest episode of Pose just delivered the greatest read in history.

The post American Gods star says he was ‘proud to play an LGBTQ character of colour’ after controversial axe appeared first on Gay Times.