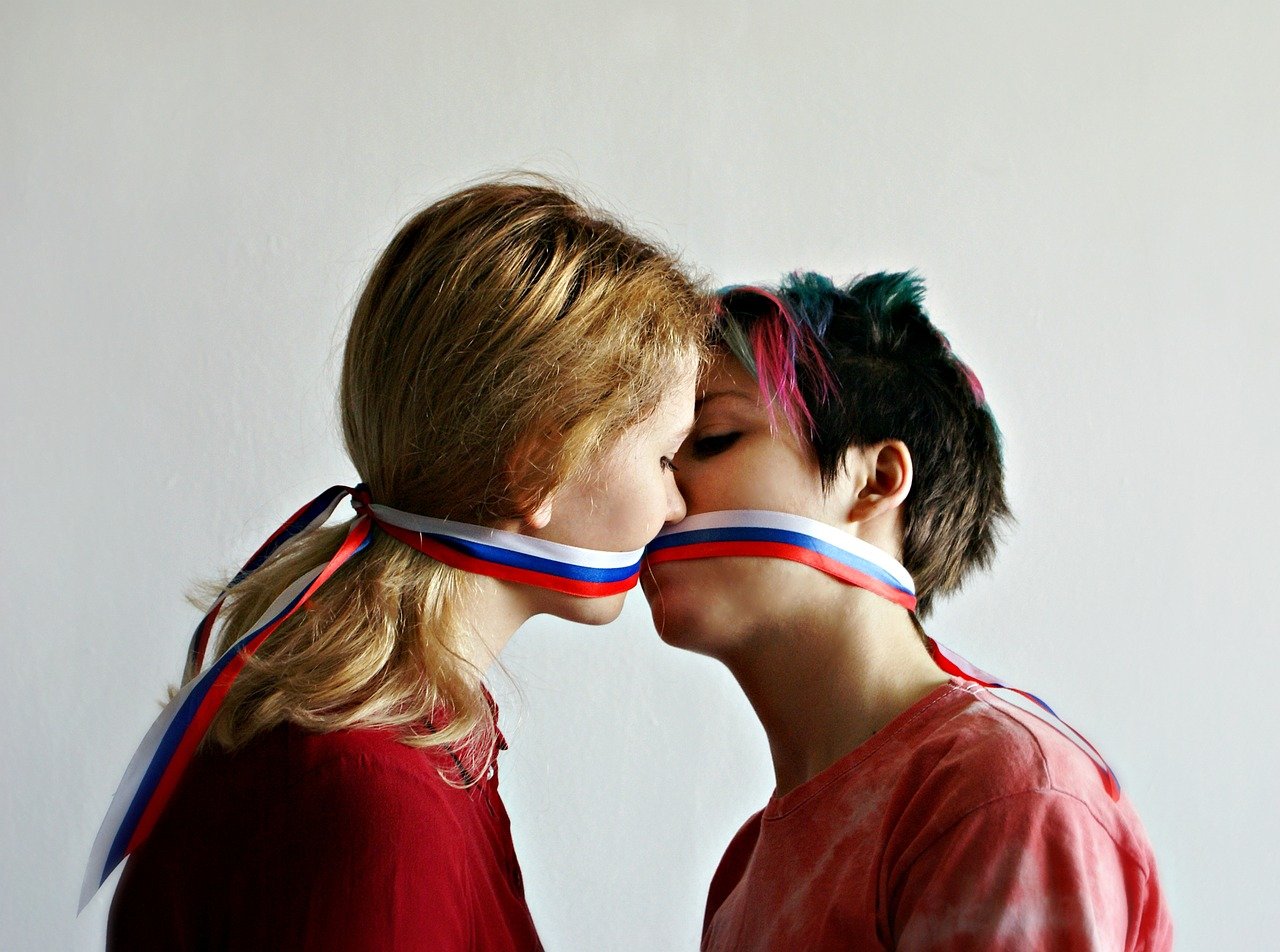 Perhaps you are young, or you came out of the closet at a later age and you are new to the Lesbian Community. Perhaps you are a family member of a lesbian or even an ally. Like any group of people, the lesbian community has a shared set of terms that they use to describe their identities, roles, behaviors, and more. Lesbians, like any other people are within their group a varied and diverse group. When first learning about lesbian subculture, especially if you are a lesbian, the amount of information to learn can be overwhelming. This is a short list of terms that are particular to the lesbian community. There are many more terms relating to lesbians as well as the lesbian, gay, bisexual, and transgender (LGBT) community at large.

Those two examples of women would fall under the definition of bisexual, though they wouldn’t describe all bisexuals by any means.

1) Baby Dyke- A young lesbian new to lesbianism, who is often immature.

2) Butch- a lesbian who has masculine appearance and manners who often identifies with stereotypically masculine activities.

3) Drag King- A woman dresses like a man often in a performance. While drag kings can be straight, drag shows with drag kings and queens (men dressed as women) are popular in the gay and lesbian community.

4) Dyke- Another word for lesbian. Sometimes a derogative term. But in recent times lesbians have reclaimed this word and use it as a term of power and strength. This is a term only people in the in group (LGBT community) should use.

5) Femme- A lesbian who has feminine appearance and manners and who identifies with stereotypical feminine activities.

6) Gold Star or Star Lesbian- A lesbian who has never been with a man. This is a rarity because many lesbians have been with men in the past mainly because they didn’t know they were lesbian or they were afraid to come out because of a homophobic society.

7) Lip Stick Lesbian- A lipstick lesbian is like a femme lesbian but she is even more feminine. She may wear make-up and dresses. Some say that lip stick lesbians are only attracted to other lipstick lesbians, while other sources don’t support that.

8) MTF- is a male who has transitioned into a woman. Also called a trans woman, or simply a woman. While many transgender males who transition into women are not lesbians many are. There has been heated debate as to whether these individuals should be included in the lesbian community.

9) Sapphic- Of or related to the Poet Sappho. In the 7th Century B.C.E. Sappho was a lyrical Poet from the Island of Lesbos. Her poems had themes of female homosexuality. The term lesbian derives from the word Lesbos.

10) Soft Butch- A soft butch like a butch has some masculine characteristics especially in dressing or manner, but may be slightly more androgynous or even feminine on the inside. Chap stick lesbian is another term for a soft butch lesbian.

Understanding the common language and terms can be very helpful if you are new to a group or community. Otherwise, you may feel left out, when a sense of belonging is what you really need. These are just a few of the myriad terms a person just coming into the lesbian scene or out of the closet might like to know. It’s a good start, but there are many more exciting, infuriating, and enlightening terms to learn yet.